GOLGOTHARISM – THE ART OF PROVENANCE


What is the alchemy of our immediate environment?

Let us begin by examining our technology, such as laptops, mobile phones, gadgets and toys, to unearth how they are so much more than they seem. What are they made of? Essentially comprising of circuit boards and fibre optics, they are made of glass which comes from sand, which comes from grounded rocks. Our laptops and mobiles made by glittering surf crashing against rocks! More than this, their plastic and rubber, amazingly comes from oil, which comes from decaying sea creatures and plant life found on the ocean bed, such as rainbow coral, zebra fish, pink jellyfish, blue whales, white sharks and purple octopus! Actually, far more meaningful than simple deconstruction or demystification, how enthralling we find life to be, when we fully acknowledge the true origins, journey and destination of every nuanced element in the physical world around us.

We strengthen ourselves by eating meat originating from animals, while our vegetables come from vitamins in soil and rain water from fluffy clouds, evaporated from the sea, and our medicine comes from herbs in gardens and jungles! We dance in clothes made of silk, which comes from silk worms, and in cotton, which is from cotton plantations! When we protect ourselves with sportswear made of synthetic polyester, we are literally wearing sea creatures! When our children play with dolls and remote control cars, or ride tricycles and skateboards, all made of plastic and rubber, they are literally playing with tropical fish, red crabs and electric eels! We watch television in social gatherings on furniture made of wood, which originates from trees in forests. We play with gadgets and toys made of metal mined from our Earth, melted by lava, and pushed to the surface by tectonic plates.

What else in our lives might we examine? Let us, society, ask collectively, what are the origins of our Art, such as the decorations in our homes, work places and recreational places? What comprises the materials of our houses, caravans, trailers, huts, caves, wigwams, cinema, theatre, and stadiums? Who built and made these things? Let us, society, individually and collectively remember and celebrate, these people! These local cider-drinking builders who keep myths, legends and folklore alive, frequenting our pubs! These eccentric fashion designers and romantic architects that flirt and bed one another, exchanging ideas at our cocktail parties! These tragically poetic singers & musicians of bands, who interact with the exotic dancers at our strip bars and melodramatic poets & thespians at our theatres and cabaret clubs. These impoverished artists and artisans who smoke hookahs and drink coffee in our cafes. These tribes in lush jungles and sweat shop workers in hot beautiful countries, who as slaves, are forced to make the goods we consume!

Yet beautiful Eastern & Asian they - these workers who are the very makers of these awe inspiring geometric patterns manifest in their pottery, sculpture, jewellery and fashion - are never actually associated with the alchemy of their unique craft, by the Western peoples they sell them to. A “made in Taiwan” label on a toy, or a “made in Nepal” label on a rainbow hoody is not good enough, because these simple labels still do not do justice to the hard working crafters who continue to be exploited, forgotten and left for dead, and even the transporters of these goods meet the same fate. Imagine if instead we had publicly available, easily accessible list of all the factories and farms who produced every element comprising the product, along with options to donate to the workers to say “thank you” and/or to fund a charity ensuring their wellbeing? More than this. Imagine if we - metaphorically – “danced” for these workers, making our “thank you” to them a FUN activity to participate in; a bonding exchange in social media, such as Facebook & Twitter. We need all media, such as television, magazines, and newspapers to include in their advertisements, the origin of every ingredient and aspect of their goods, with a holistic website online with an easy to use search bar, so that the public may quickly make a check on anything they consume, with an option to donate and/or support the makers of their chosen product. We need a revolutionary radical change to our current ethos and fast!

Golgotharism, inspired by the Christian prophet Jesus Christ’s ‘Stations Of The Cross’ - which maps out the many stages of his crucifixion on mount Golgotha - is the acknowledgement, examination, and celebration of our internal and external reality as human beings, on the atomic and cellular level, expressing in a obviously perceivable fashion, artistically, musically, theatrically or in literary form, our past, present and future, simultaneously, giving sacred cosmic reverence to all object(s) as they evolve and moves through time-space, whether with pride or horror.

When we embrace Golgotharism, as many Psychedelic artists, such as Alex Grey, we come to place where we fully realise the “illusion of separation”. We all consist of matter moving through time-space, where our bodies are literally made up of physical ingredients attracted and accumulated in world cuisine from all corners of the Earth. Each element being literally near identical to one another in physical make up, despite their differences in geographical origins - and in doing so, recognise our Nationalism as being not from one country, but from one world. As one species we call human, allowing us then to put aside our petty differences to dissolve racism, classism and sexism, instead identifying ourselves as being pure consciousness (electro-magnetic wave form information) manifest in diverse Earthly forms, with identical brains.

Lamb from New Zealand. Pineapples from Africa. Cheeses from Cornwall. Naans from India. Rice from Persia. Tomatoes from Spain. All of this embodied in your Saturday night Kebab and can of Lilt – something cosmic.

Golgotharism is about giving reverence to every aspect of what makes up our world; keeping everything sacred, so that we as society knows at any one point, where’s we’ve been, where we are, and we’re going, allowing us to never repeat our mistakes to evolve positively as one peoples.

Golgotharism teaches us to “Honours Thy Parents” because we all come from our father’s sperm and our mother’s egg, and in revering this path our Earthly being takes, we can as a society, learn to treat elderly people and young children with respect, listening to their opinions with heightened interest, instead of side lining them like we do circus and carnival freaks, such as Torso Boy, Bearded Lady, Dwarves, Disfigured Clown and Siamese Twins. Do we desire our children to look like this? Of course, however, we do not all share the same values. Once we begin to judge what atomic and cellular forms we desire the most, and attempt to protect and revere these subjectively chosen forms, to the point where we’re trying to make more of them. It starts to look very much like Stem Cell Research and Cloning, Genetically-Modified Crops and Eugenics, the latter embraced by the German dictator Hitler and his Nazi soldiers in World War 2, who created the Holocaust in the 1940’s, which was the extermination of Jews on the basis of their blood and physical appearance alone, in favour of creating a totally blond, blue-eyed Aryan race. Perhaps if we saw the true beauty of other countries races and their art forms e.g. song, dance, theatre, instead of our very narrow perspective shaped by Western media, we would desire human diversity over racism.

Golgotharism not only instantly associates this beautiful environment with our radios, but also encourages us to protect this environment from which it came, protecting wild life. Imagine if we had a list all the factories and farms who produced every element comprising the product, along with options to donate to the workers to say “thank you” and/or to fund a charity ensuring their wellbeing?

Questions raised on Golgotharism include: How can multiple births of object(s) be identified, acknowledge and expressed, when they are seemingly infinite and eternal? Should certain trajectories of evolution thus be prioritized over others, and who or what should govern this, when our subjective tastes are so different from one another? Meta-Modernism, for example, encourages the “coaxing of excess to presence”. When all matter is bound to time, which is in a constant “flux” of evolution, then should the Art intentioned to express it, itself, too embody kinetic movement? Romance and alchemy is after all, by nature, an interactive event, which can sometimes, but not always, be freeze framed. 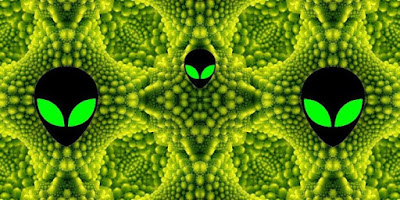 Posted by Centre for Citizenship, Enterprise and Governance at 22:20 No comments:

The Centre for Citizenship, Enterprise and Governance is an international Think Tank focused on the movement of Value
Learn more at http://www.cceg.org.uk/
Contact us at info@cceg.org.uk
[The views and opinions expressed in this blogs by guests or members of the CCEG are those of the author, and not of CCEG]